Choose Your Own Adventure:
Presented by Illumina

Go to Park at the Park 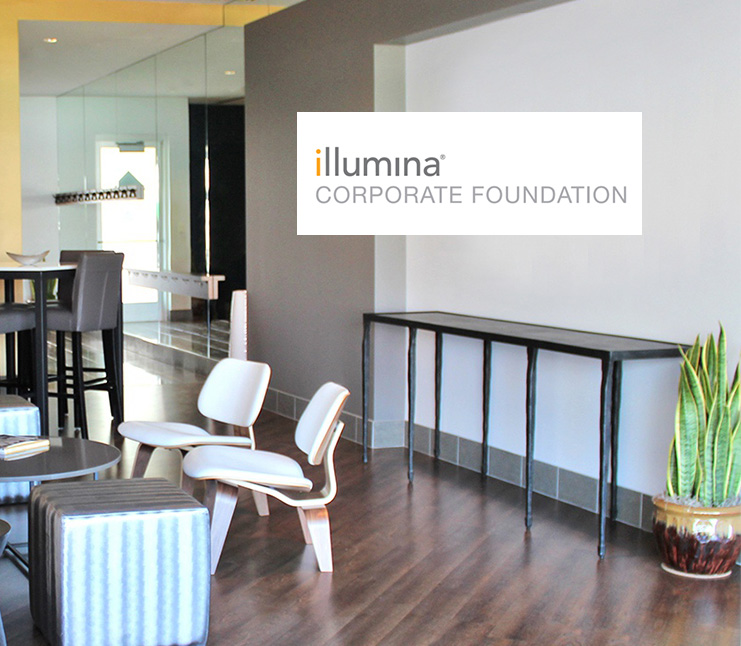 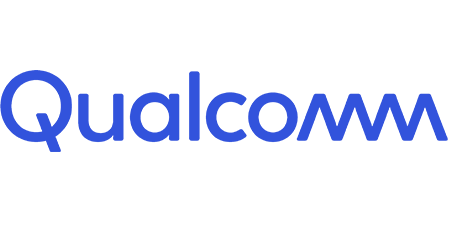 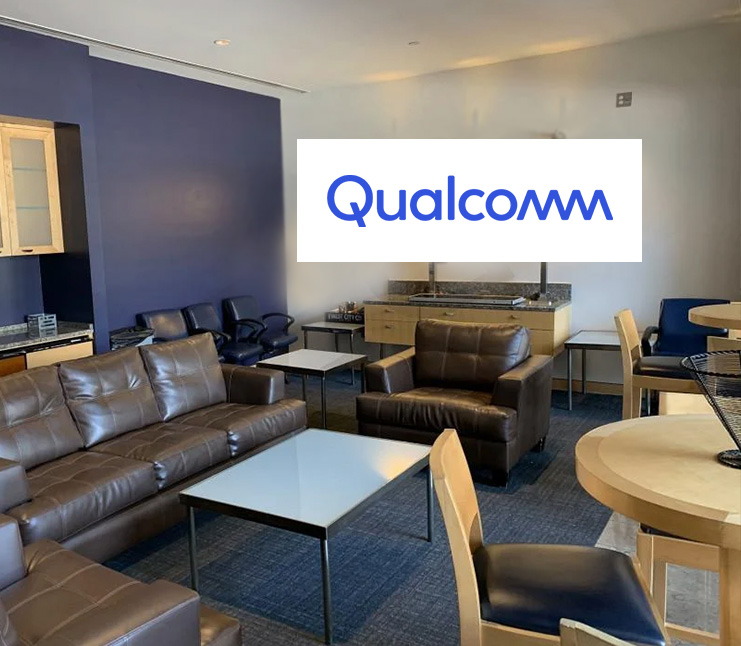 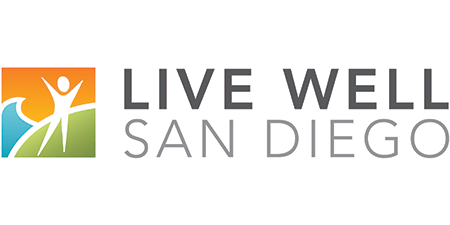 To live well is to make healthy choices every day. To feel safe and secure at work, at school, at home and in your neighborhood. To have the highest possible quality of life.

Live Well San Diego is a vision for the San Diego region where individuals, organizations, and government all work together to improve the health, safety, and overall well-being for every one of the 3.3 million residents living in our county.

From coordinating the public health response to the coronavirus pandemic, to

You can take part in the vision by:

Whether you are looking to make changes in your own life or want to lend your voice to create change for the greater good, Live Well San Diego needs leadership from both individuals and organizations to bring about positive change.  Over 500 organizations have committed to the vision, so that wherever you live, work, play or pray, an organization or individual is nearby and working to improve your well-being and the health of your community.

The Live Well San Diego vision was launched in 2010 as a response to a startling statistic that found that throughout the nation and locally three behaviors (poor nutrition, lack of physical activity and tobacco use) were contributing to four diseases (heart disease/stroke, cancer, type-2 diabetes and respiratory conditions) that resulted in over 50% of the deaths in the nation (3-4-50: Chronic Disease in San Diego County). In San Diego County, these diseases were responsible for 57% of all deaths in 2007.

Over the last 10 years, efforts in support of the Live Well San Diego vision have driven a 12% reduction in the percentage of deaths associated with preventable health threats (2019).

Together, we can do more than each of us can do alone. Join us!

The County of San Diego is the backbone organization that supports and guides the Live Well San Diego vision. Thank you to the County’s Land Use and Environmental Group teams (Agriculture, Weights and Measures; Environmental Health & Quality; County Parks; Public Works), San Diego County Library and Health and Human Services Agency for their contributions to this event! 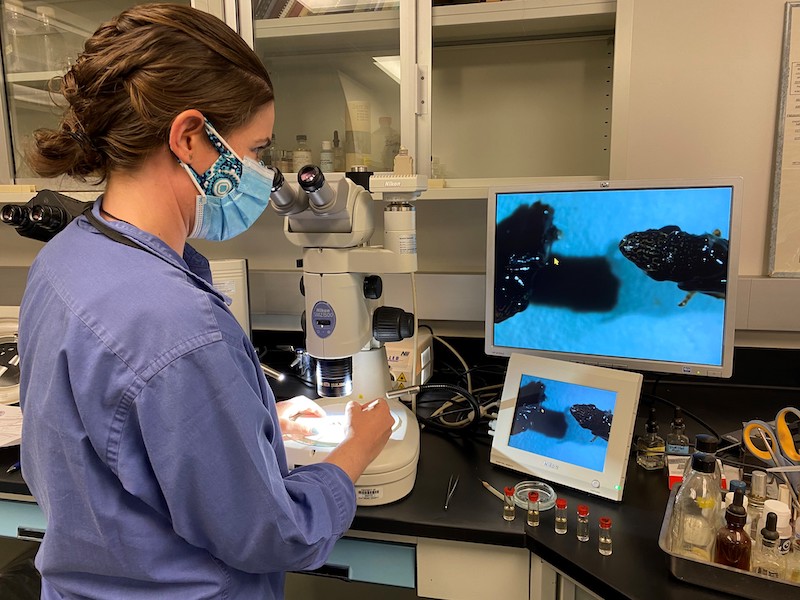 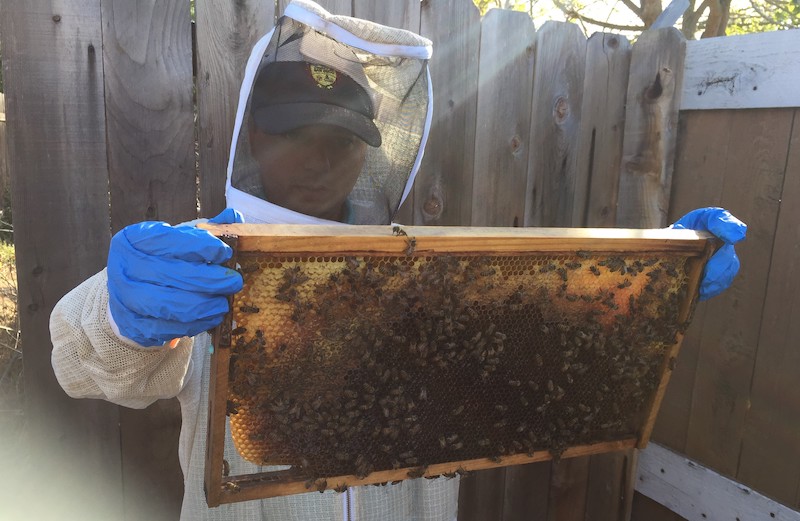 Honey bee hives are examined during an apiary inspection as part of the Honey Bee Protection Program. 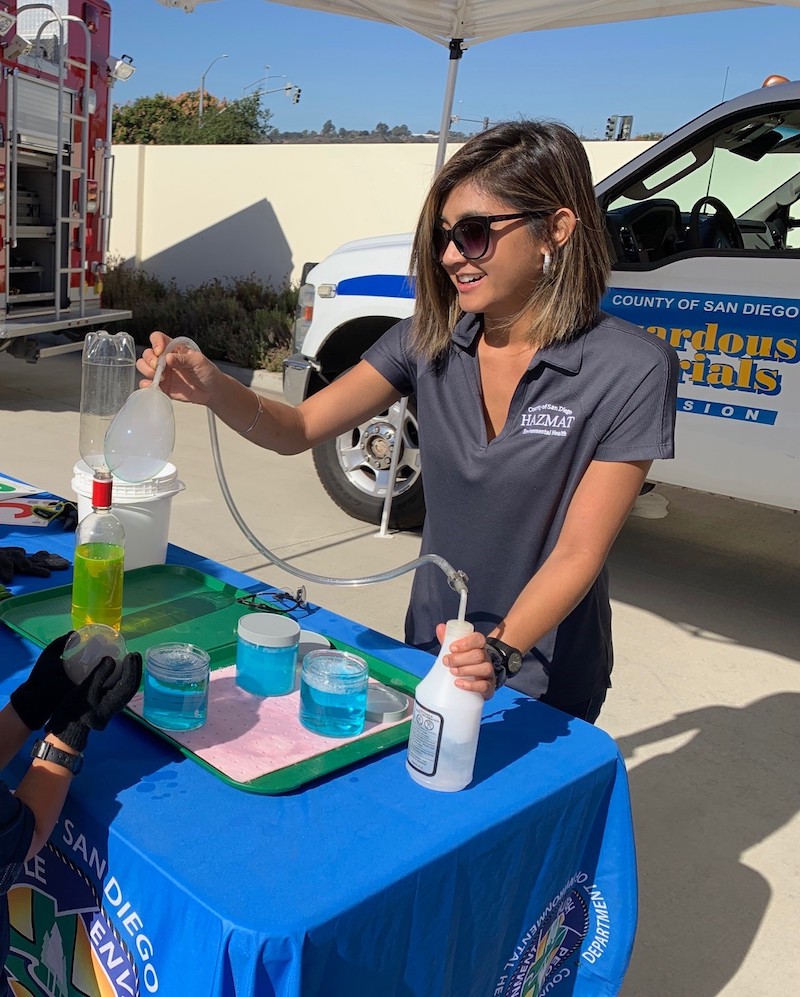 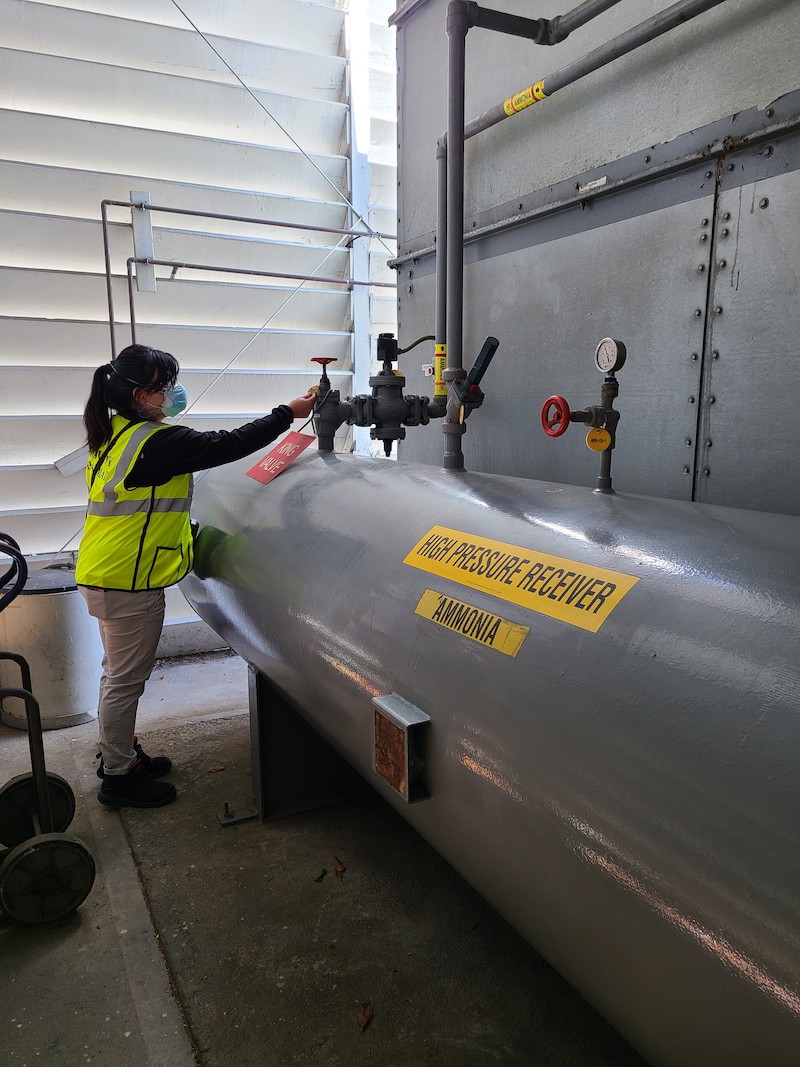 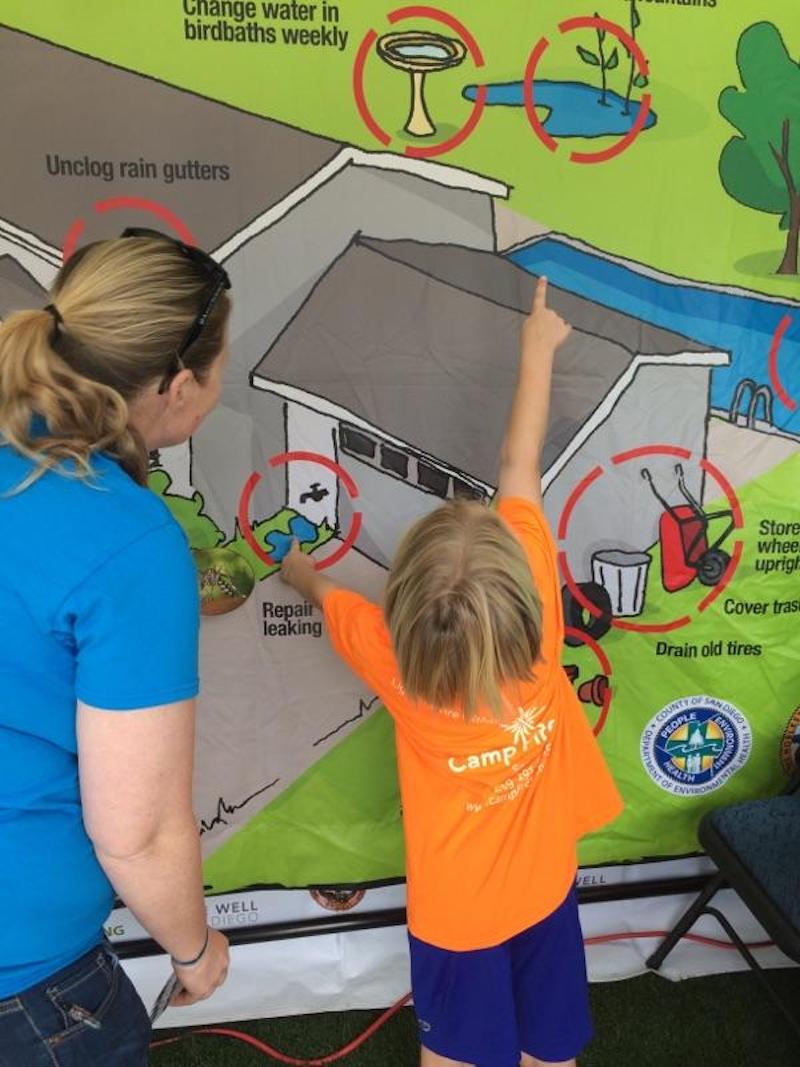 Fight the Bite Vector Control plays a game to show youth where mosquitos could be found in their yard.

Ranger Kyle from County Parks and Recreation shares a bearded dragon with young and the young at heart at a previous STEM Festival event. The Library outreach team poses for a picture at a previous STEM Festival event where they shared about robots and 3D printing. 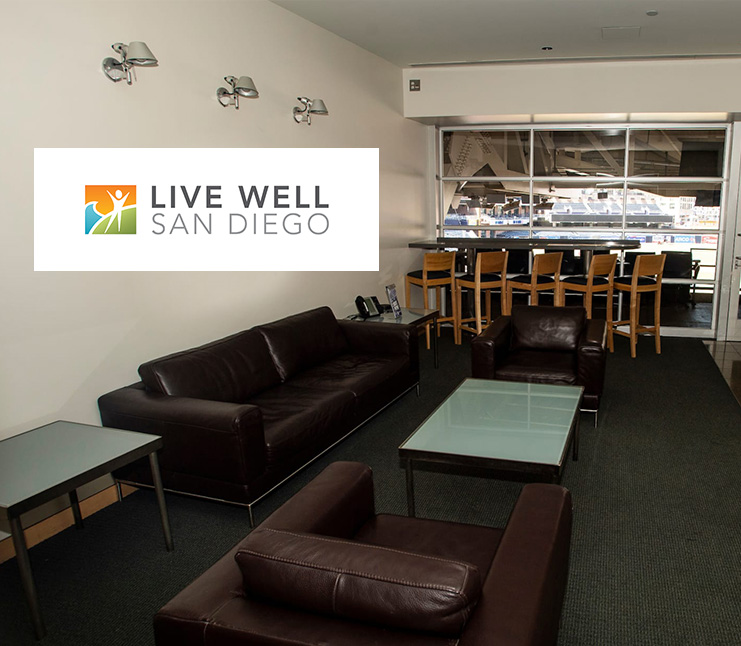 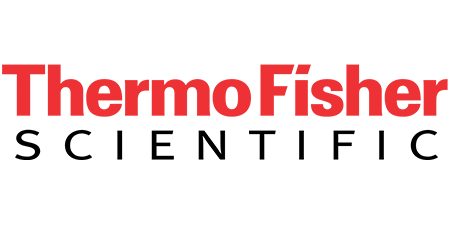 Thermo Fisher Scientific is the world leader in serving science. Our mission is to enable our customers to make the world healthier, cleaner and safer. Whether our customers are accelerating life sciences research, solving complex analytical challenges, improving patient diagnostics and therapies or increasing productivity in their laboratories, we are here to support them. Our global team of more than 80,000 colleagues delivers an unrivaled combination of innovative technologies, purchasing convenience and pharmaceutical services through our industry-leading brands, including Thermo Scientific, Applied Biosystems, Invitrogen, Fisher Scientific, Unity Lab Services and Patheon.

Custom-Built Kits for Your Classroom 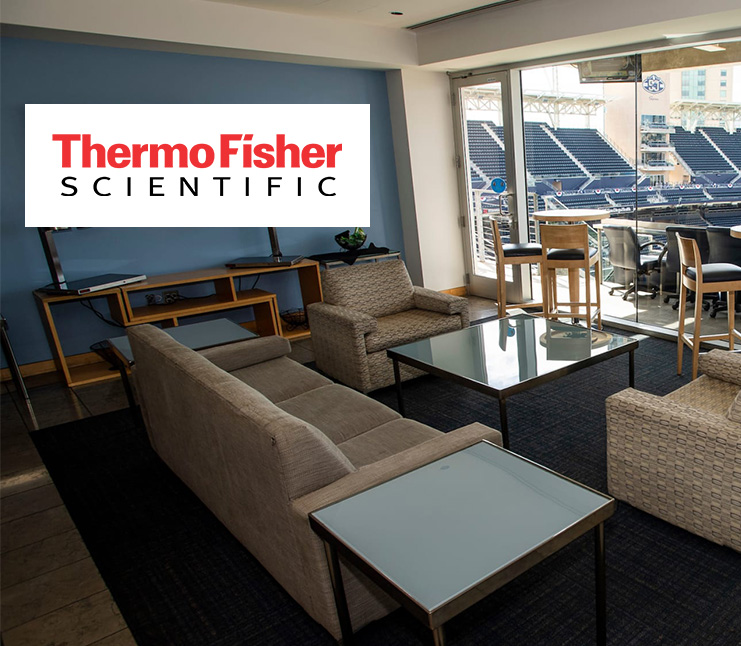 Watch these General Session Videos presented by the US Navy

Day in the life of U.S. Navy STEM opportunities
Career Talks about STEM fields in the U.S. Navy
Mentorship in the United States Navy 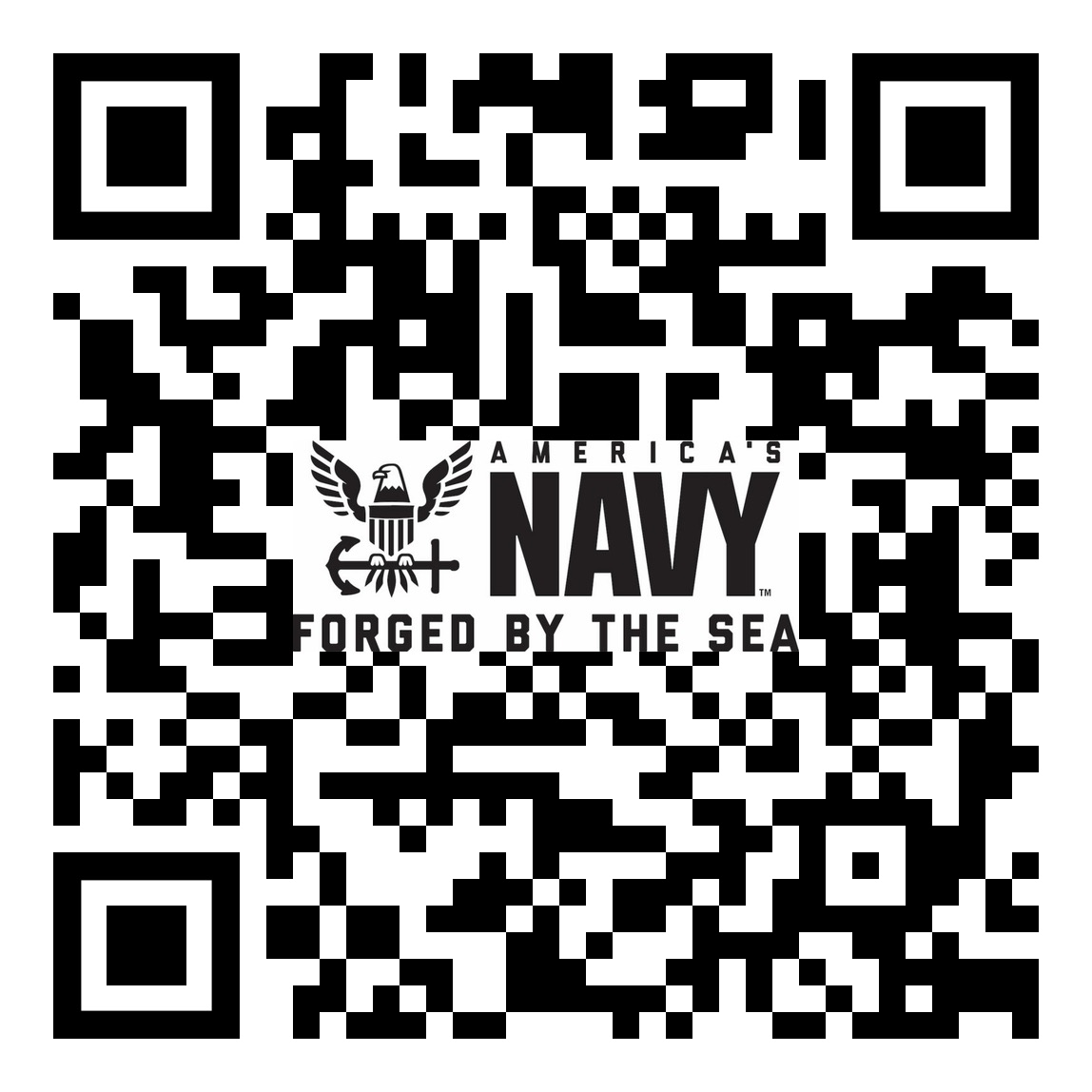 (Scan the QR Code Above and Follow the Link) 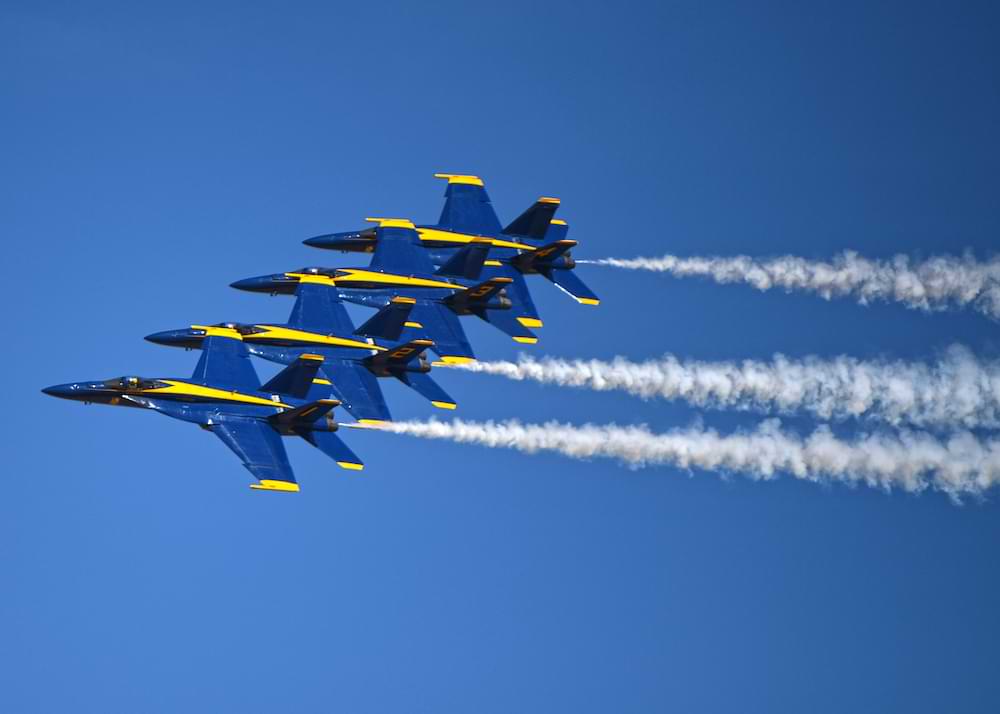 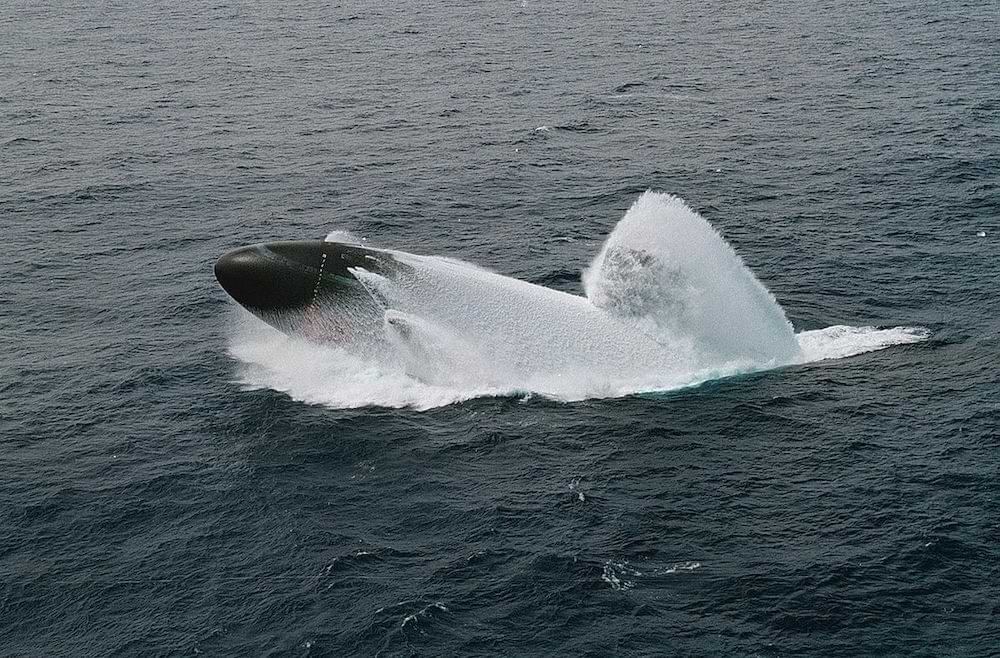 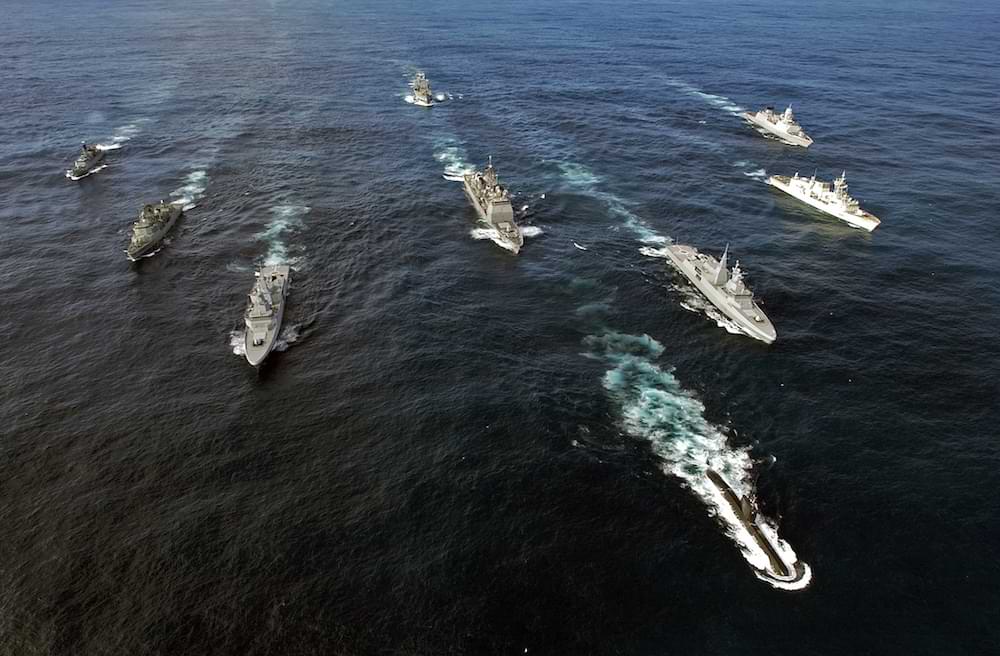 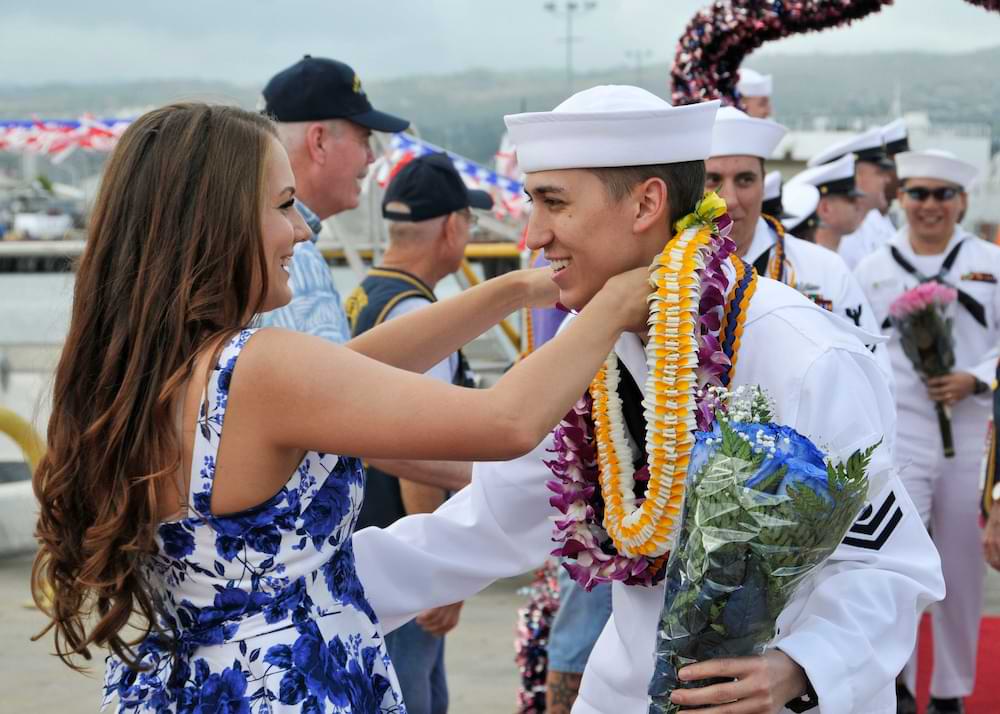 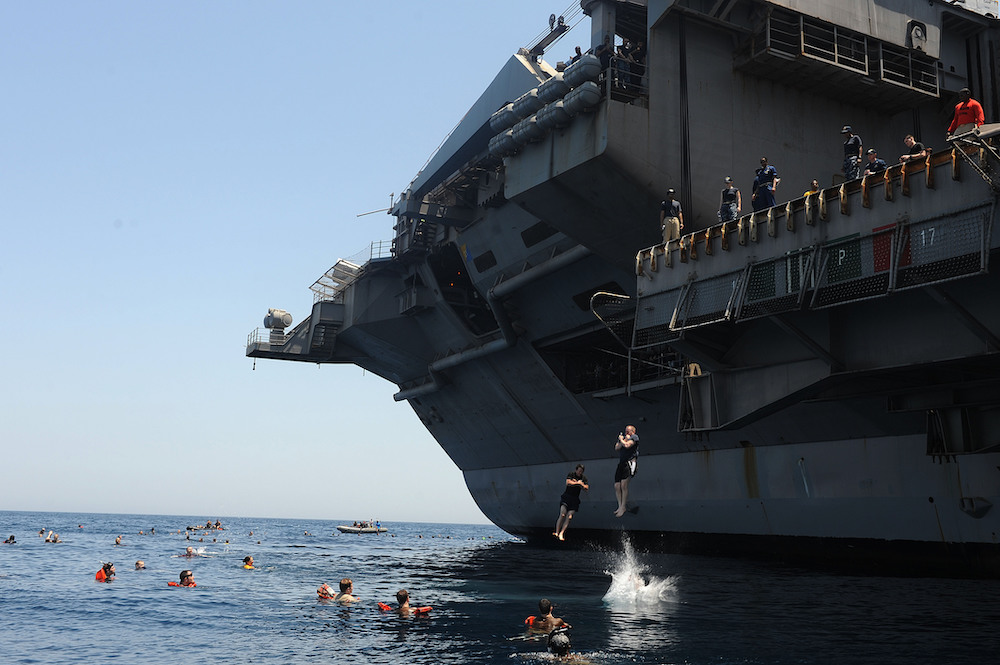 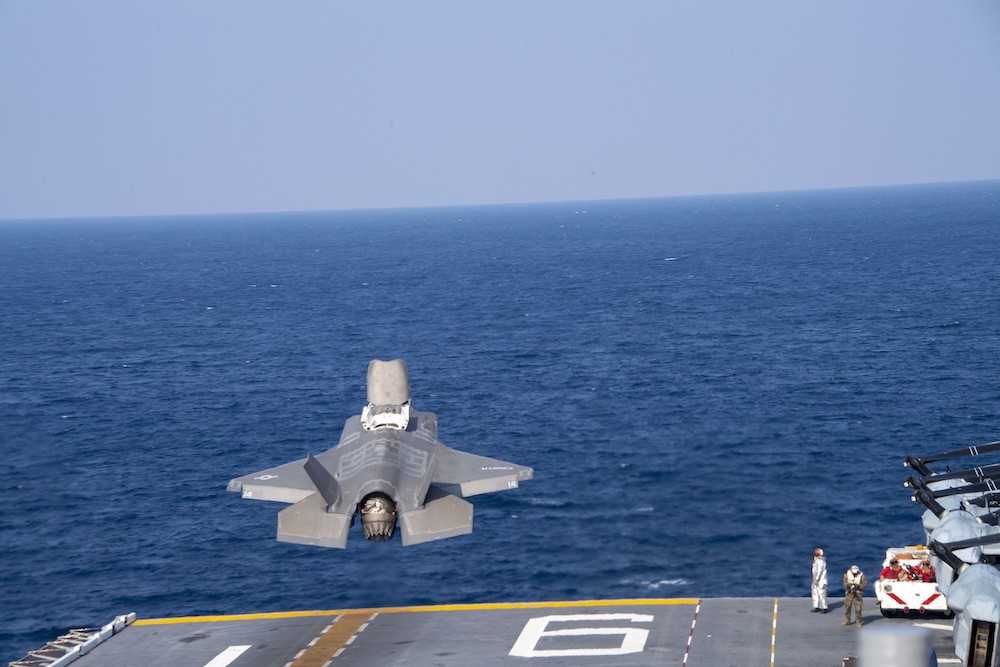 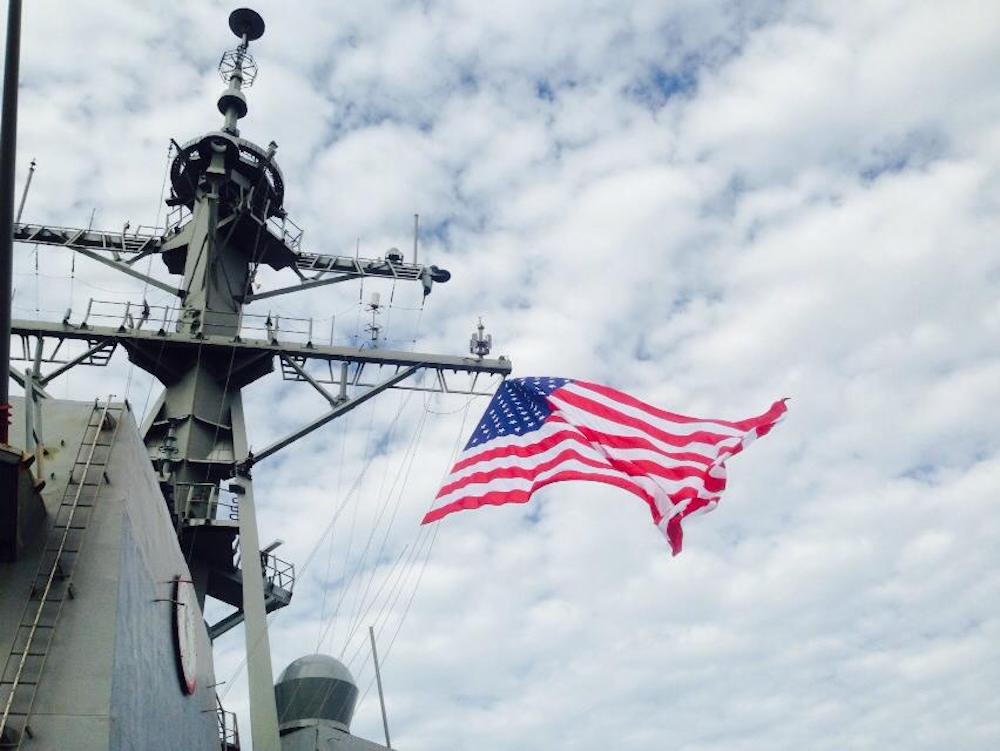 Learn More about the US Navy 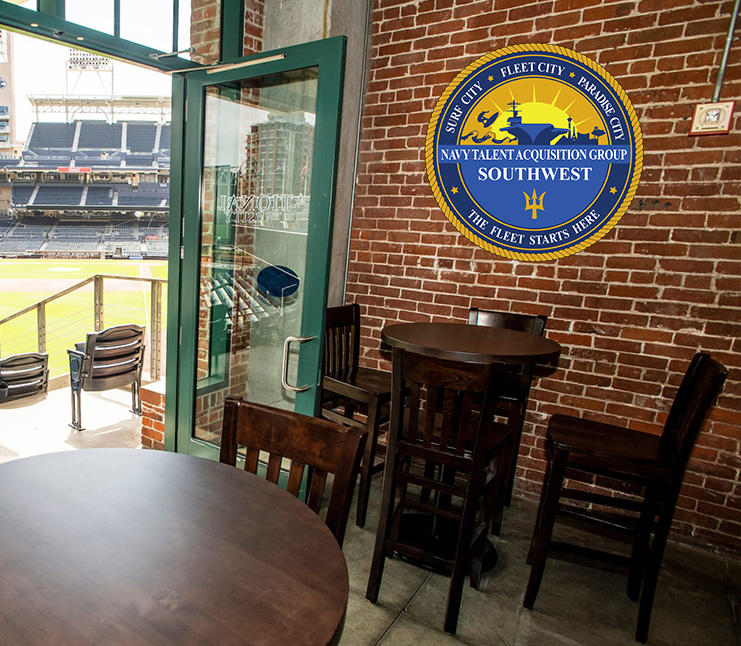 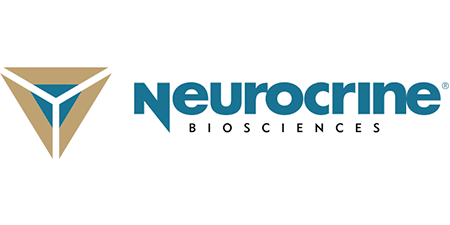 Have you ever wanted to make a balloon rocket? What about ice cream? Well, you’ve come to the right place! Our scientists and their kids have created six fun experiments you can try at home with a parent or another adult.

Want to learn more about a career in science? Our innovative Automation team will walk you through automation in drug discovery. Hint: There is a robot involved!

Thanks for stopping by – we are inspired by you and the future generation of scientists! 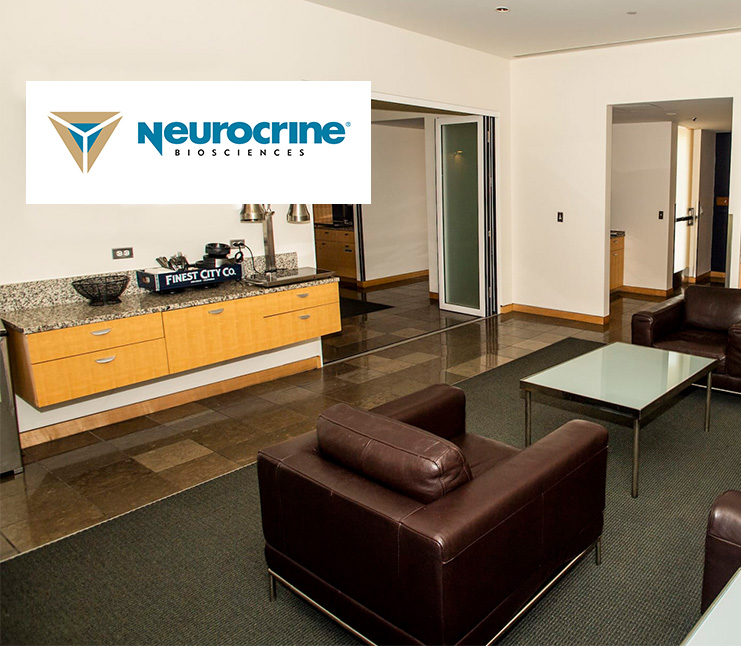 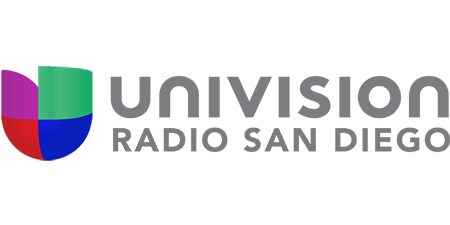 Que Buena 106.5 FM is home for the most popular regional Mexican music. You can listen to our stations on your FM dial or download the Uforia app.

Check us out on Facebook at facebook.com/1029amor and facebook.com/quebuena1065 on your computer or mobile device.

Amor 102.9 and Que Buena 106.5 are Univision Radio San Diego. We are proud to continue serving the San Diego community. Listeners and advertisers have enjoyed and trusted our radio stations for over 20 years. Our mission is to inform, empower and entertain our audience. 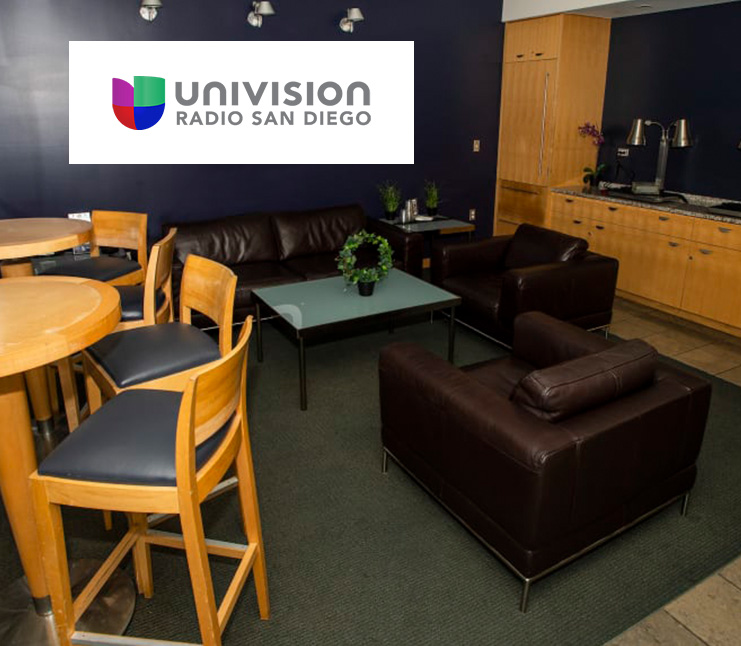 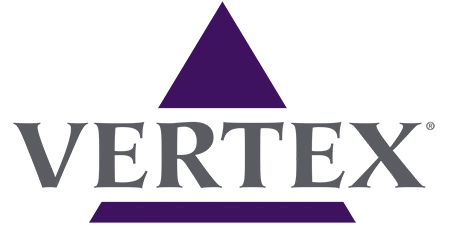 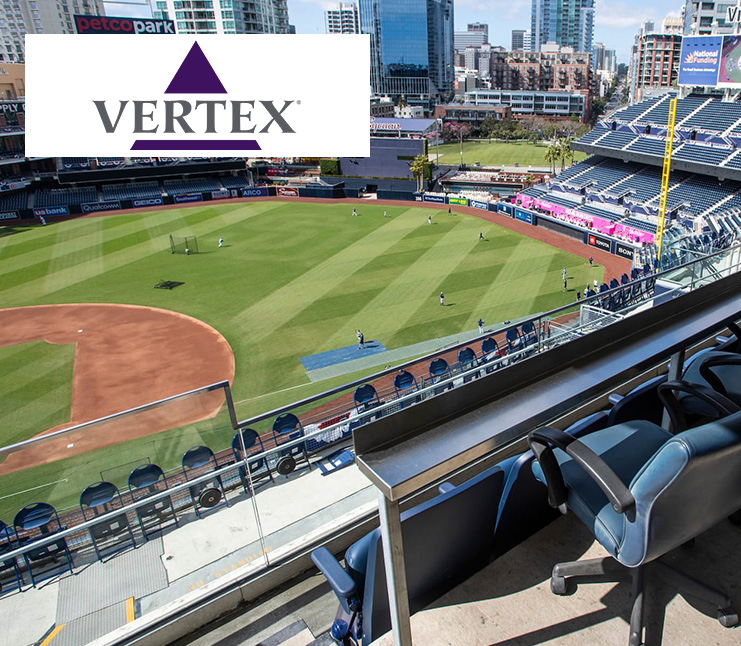